It happened again: Google has released a new core algorithm update on September 24, which is still rolling out at the moment. If your website rankings have changed a lot this week, this could be due to this update. In this blog post, we will share what is known about the changes so far and summarize the first reactions from the SEO industry. 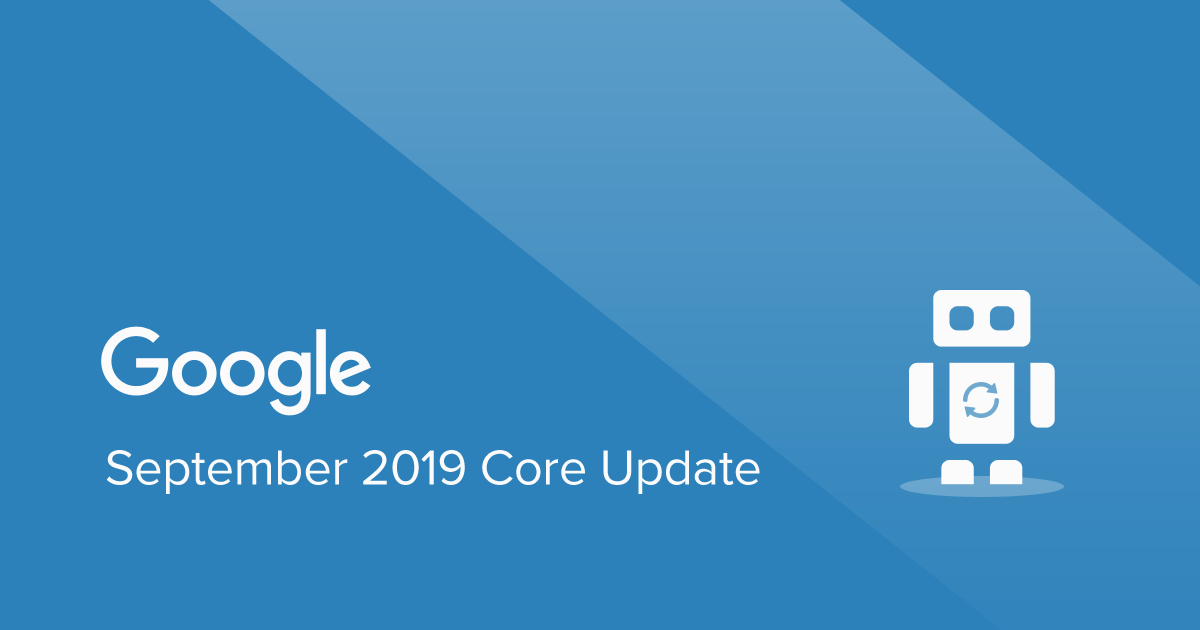 There’s a lot going on in the SEO community these days. Only two weeks ago, Google introduced two new link attributes and now, a new core algorithm update was announced via Google’s Twitter channel:

Later today, we are releasing a broad core algorithm update, as we do several times per year. It is called the September 2019 Core Update. Our guidance about such updates remains as we’ve covered before. Please see this blog for more about that: https://t.co/e5ZQUAlt0G

The algorithm change can have a positive or negative effect on website rankings, yet the full effects will only be visible within the next few days.

As usual, Google is keeping a low profile regarding the exact changes. However, it is clear that, as with all core updates, this is a fundamental update of Google’s search algorithm and not a change in the weighting of individual ranking factors. Google releases such core updates several times a year to improve the quality of their search results.

As expected, the core update still takes some time to roll out and show its full effect. Nevertheless, some websites are already affected by the changes and people are sharing their experiences on Twitter.

According to a survey by Barry Schwartz, Search Engine Land’s news editor, the majority of participants had not noticed any change on September 25.

Later today, we are releasing a broad core algorithm update, as we do several times per year. It is called the September 2019 Core Update. Our guidance about such updates remains as we’ve covered before. Please see this blog for more about that: https://t.co/e5ZQUAlt0G

The impact from the September core update is much clearer now. And like I thought would happen, there's a lot of volatility in the health/medical space. Some of that could be based on Google turning the dials again, and some based on sites improving. Here are some examples: pic.twitter.com/YQbFlVpceF

What does that mean for you?

Even if your website has been negatively affected by the update it is important to keep calm. The actual impact on search results, rankings, and traffic cannot be predicted yet and the reasons for fluctuations are still unclear. Therefore, you should focus on providing great content to your visitors as well as a website that’s easy and intuitive to use. Google itself also gave some advice on how to deal with core algorithm updates. In addition, you will find a lot of helpful information on how to optimize your website on our blog and our SEO wiki.

We will provide you with more details as soon as we have a clearer picture of the update’s effects.

Thank you for sharing this article.

Thanks, This is a helpful article

I really enjoyed your blog Thanks for sharing such an informative post.