Since last week, there’s one topic SEOs all over the world are talking about: Google’s latest core algorithm update. For many websites, the update has brought significantly higher rankings but some others have suffered heavy losses. Although not much can be said about the exact algorithm changes at the moment, you will find a summary of what is known so far about the update below. We also did an analysis of the rank tracking data of Seobility users and were able to find some interesting correlations regarding on-page optimization. 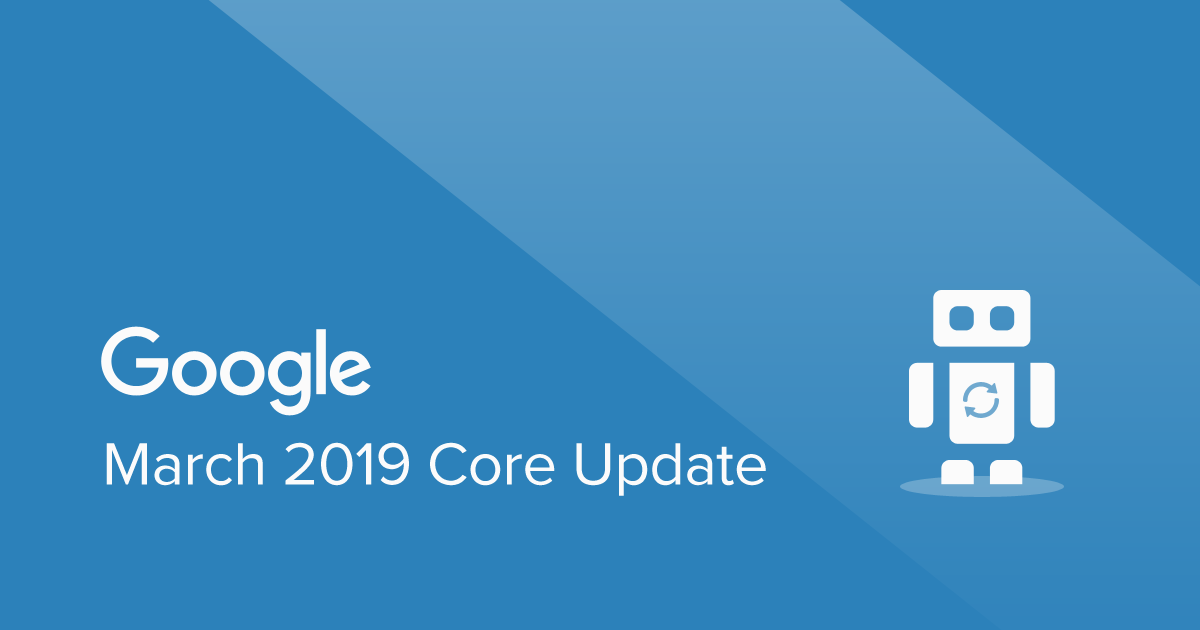 What Google has confirmed so far

At the beginning of last week, there has been a lot of chatter about a possible Google algorithm update. On March 13, Google officially confirmed in a tweet that they have released a core update:

This week, we released a broad core algorithm update, as we do several times per year. Our guidance about such updates remains as we’ve covered before. Please see these tweets for more about that:https://t.co/uPlEdSLHoXhttps://t.co/tmfQkhdjPL

In this context, you may have come across the term “Florida 2 update”. However, this name has not officially been confirmed by Google. It was introduced by Brett Tabke (founder of the WebmasterWorld forum), who had often given names to Google updates in the past. However, to avoid confusion, Google named the update “March 2019 Core Update” two days later:

We understand it can be useful to some for updates to have names. Our name for this update is “March 2019 Core Update.” We think this helps avoid confusion; it tells you the type of update it was and when it happened.

Google releases such core updates several times a year. These updates contain a fundamental change to the search algorithm and, therefore, not only affect the weighting of individual ranking factors in Google’s algorithm. That’s the reason why it is difficult to exactly determine what has been changed.

According to an article on Search Engine Journal, the reactions to the March 2019 Core Update are overall positive. Brett Tabke says, that many websites are benefiting now which have suffered from previous updates, such as last year’s medic update. The medic update primarily targeted pages with “your money, your life” topics (e.g., health topics), whereby the trustworthiness of such pages was rebalanced. The fact that many of last week’s winners had previously been affected by this past update was also confirmed by other sources.

Upon request by “Search Engine Land”, whether the update reverses previous core updates, a Google spokesperson did not give a clear answer. Instead, he merely emphasized that Google is constantly improving its algorithms:

We’re constantly improving our algorithms and build forward to improve.

While this statement can be interpreted in a variety of ways, it does not rule out that the March 2019 Core Update may have had the purpose to fix issues that were associated with previous updates. However, not all pages which see a decline by previous updates have recovered through last week’s update.

Since we don’t want to speculate too much about possible changes, you will find a brief summary of all other insights on Google’s March 2019 Core Update below:

Is there a connection to on-page optimization?

In order to better understand the effects of Google’s core update, we analyzed our users’ projects for on-page and ranking data. We examined how the visibility in search results changed for a total of 3,271 customer projects from different countries. To make results more reliable, the visibility changes were measured also for another period before the algorithm update. As mobile rankings usually have higher fluctuations the analysis was limited to desktop rankings.

The projects were selected from more than 15,000 premium customer projects, excluding, for example, projects with new keywords added to monitoring during the analyzed period.

For the analysis, we looked at how many projects gained visibility in search results (“winners”) and how many were affected by visibility loss (“losers”) for their individual keyword set during each period. In addition, the average percentual gain or loss in visibility was calculated.

The results clearly show that among Seobility customers, there are more winners than losers from the update:

Especially in comparison to the period before, when the ratio between winners and losers is around 50/50, a clear shift towards the winning side can be seen in the period after the update.

The average change in visibility across all customer projects (winners and losers) is + 43.92%. Thus, there’s not only an increased number of winners, but also the overall effect of the update for Seobility customers is highly positive.

In addition, these results illustrate the overall impact of the update, as both the average gain and average loss of visibility have risen sharply compared to the previous week.

It was then examined whether there is a connection between on-page optimization of a website and its change in visibility due to the March 2019 Core Update. For this purpose, the sample was divided into two groups based on the websites’ Seobility on-page score:

The results at a glance:

Results for websites with poor to mediocre on-page optimization (score between 0% and 60%):

Results for websites with acceptable to very good on-page optimization (score between 61% and 100%):

This shows that websites optimized in terms of content and technology have benefited more from the update, thus confirming the key importance of on-page optimization for SEO.

What should “losers” of the March 2019 Core Update do?

According to Google, there is no “fix” for websites that have been negatively affected by the update. So if your site suffered ranking losses due to the update, you’d better focus on producing high-quality content that will allow you to catch up to your competitors over time. According to Google, such a ranking loss is not a “punishment” for affected websites, as it just means that better sites have been under-rewarded before.

Sometimes, we make broad changes to our core algorithm. We inform about those because the actionable advice is that there is nothing in particular to “fix,” and we don’t want content owners to mistakenly try to change things that aren’t issues…. https://t.co/ohdP8vDatr

So don’t panic or change individual SEO factors of your website, without knowing whether they were really affected by the update. Instead, focus on what constitutes the core of SEO: produce high-quality content that is valuable to your visitors and offer this content on a website that is well optimized and free of technical errors.
It’s not just our analysis results that prove that this SEO strategy works. Google also regularly recommends this to webmasters who want to achieve sustainably high rankings.

Google gets bored if it does not make our lives harder. Otherwise thank you for sharing. By the way Bing results are a lot more complex.

Your Post was so good. it is very useful article. Thank you so much for the publish.

Thank you for useful information.

Thanks for the information

Thanks for the article.

Informative read. Thank you for posting this. Last year our website suffered from Google’s mobile first policy, hopefully the March Core Update will have at least neutral impact 🙂

Thanks for the information ! Very helpful

Ah…. This explains! The traffic has now caught up after doing some optimizations though 🙂

Great to hear that! We wish you much success in the future!

Thank you for the detailed analysis. My blog is improved this time.

Nice one! I hope it goes on like this.

Thanks for the article.it is quite informative. Have a nice day.

Thanks for the information !

Thanks for sharing useful information.

My visibility got halfed within one day. Now it regenerates and i hope i will come back. Thanks for the article.

Thanks for the information, it is quite informative. Have a nice day.