Google’s December 2020 Core Update – What should you do now? 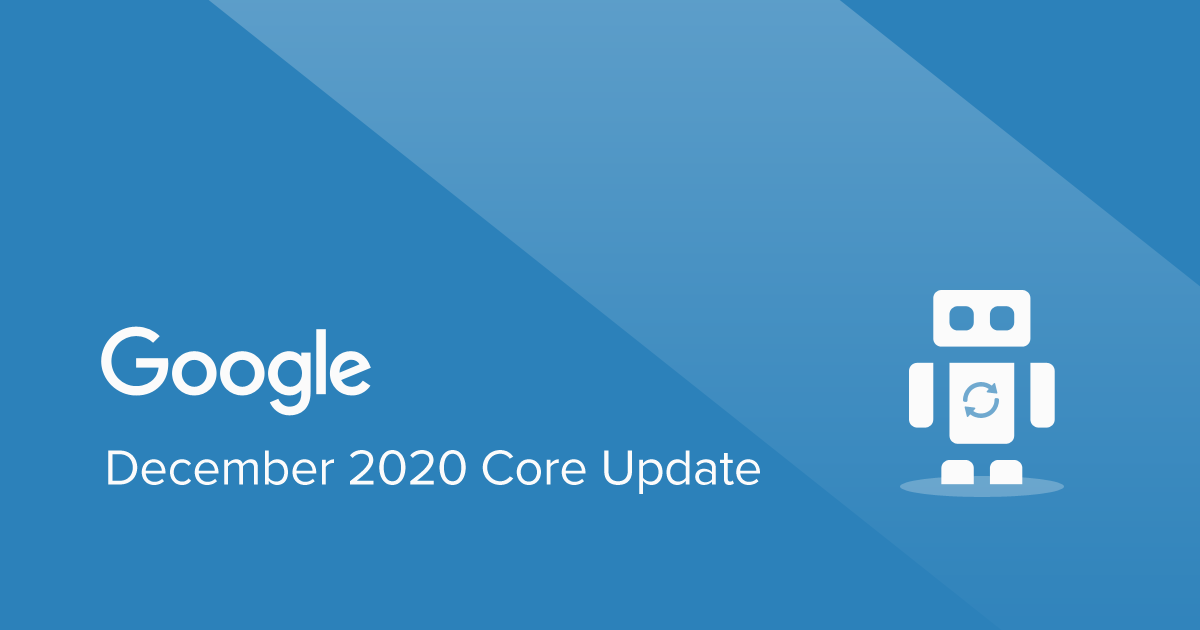 After a long break, Google finally decided it was time for a new core update: on December 3, Google announced the rollout of the “December 2020 Core Update”…

Have you noticed considerable changes to your rankings since last week? It’s very likely that these changes are related to this update.

But don’t worry – in this post, you’ll learn what is known about this update so far and what you should do now to get your traffic back on track!

What is a core update?

In case you’re not familiar with the term: when Google talks about a core update, this means that the basic search engine algorithm is changed. So instead of adding or modifying individual ranking factors, the change affects the core of Google’s algorithm. For this reason, it’s very hard to tell what exactly has been changed, especially with Google being very secretive about these updates.

As Google’s last core update was released about 7 months ago, most SEOs probably didn’t expect another update this year.

But Google is always up for a surprise as they have proven last Thursday:

Later today, we are releasing a broad core algorithm update, as we do several times per year. It is called the December 2020 Core Update. Our guidance about such updates remains as we’ve covered before. Please see this blog post for more about that:https://t.co/e5ZQUAlt0G

Google explained that the December 2020 Core Update will take about 1-2 weeks to fully roll out – the impact was clearly visible and most of it was already felt the following day (December 4).

Following the announcement, many SEOs complained about the timing of this update. Especially for eCommerce sites, an update just before Christmas can heavily impact sales.

So, who were the winners and losers of this update? Let’s take a closer look.

The impact of the December 2020 Core Update

One thing is certain: the update had a large impact on search results across all industries. According to several tracking tools, this update was even bigger than the May 2020 Core Update (and that one was huge already!).

As with previous updates, many losers of the last core update were now among the winners – and vice versa. For example, Amazon and Pinterest who gained a lot of visibility in the past few months (partly due to the Coronavirus pandemic) are among the losers of the December 2020 Core Update.

As mentioned before, it’s hardly possible to determine the exact changes in Google’s algorithm. Therefore, we will only give you a brief overview of what is known about the update so far:

What should you do now?

So now we come to the really important part: What should you do if you have experienced heavy ranking losses due to Google’s December 2020 Core Update, or if you want to be prepared for future updates?

Google shares the same recommendation after each core update: “focus on offering the best content you can”. As this is quite generic, Google summarized several questions that will help you evaluate and optimize your content in this guide.

Basically, you shouldn’t focus on individual pages or problems but take a wider look instead to see how you can improve your overall website. Working on your technical SEO definitely makes sense in this regard. As Google’s John Mueller explained at SMX this week, websites that are optimized from a technical point of view will have a general advantage:

Sites that are “technically better” (I’m assuming technical SEO here) have an advantage. Sometimes that’s a small advantage, but can be bigger depending on the niche. It’s good to get that advantage. Remember, content is king, but strive for strong technical SEO. pic.twitter.com/bg3M4Vuc9y

Important disclaimer: It is hardly possible to restore your rankings after a core update by improving only a few aspects on your website. Bigger improvements take time (maybe even until the next core update).

But that doesn’t mean that all your effort is in vain – quite the opposite. By constantly improving the quality of your website, you increase your chances of being among the happy winners of Google’s next core update and potentially improve your rankings already before!

Of course, we will support you in the meantime: We regularly share our best SEO tips on this blog. Subscribe to our SEO newsletter below ⬇ and get the latest SEO content right into your inbox!

Update: Check out our Chief Editor’s comment on the Core Update here.

I believe that this is not a major update. Sometimes, Google is trying to fix some problems with the algorithm with these patches. In this period, we could not do any send refresh link on Google Search Console. I think that that was the problem. We need to wait for a major update with the semantic content algorithm. Could you please write a blog on this topic?

Do you mean the URL inspection tool in Google Search Console? It’s currently not possible to submit new URLs to Google’s index with this tool, but this is not related to the core update.

As the impact of this update was very big and noticed across all industries, this looks like a major update of Google’s core algorithm. But of course, we will keep you up-to-date about any major Google updates in the future.