What are nofollow links? 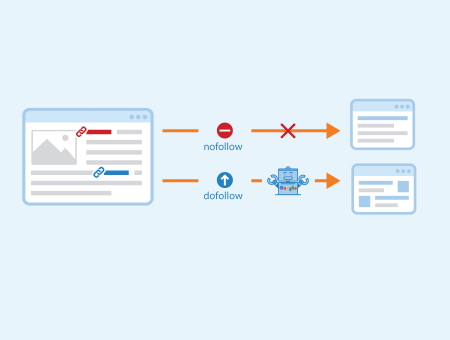 Nofollow links are links with the rel=”nofollow” tag, that tells search engines not to follow the link. This reduces their effectiveness at improving your search engine rankings since search engines don’t use them as a strong ranking signal.

Why the nofollow tag exists

The nofollow tag exists to tell search engines that a link shouldn’t count towards a website’s ranking. In the early days of SEO, backlink spam used to be an easy way of increasing rankings. This allowed black hat SEOs to build a large quantity of low-quality links, like blog comment links, in order to manipulate the search engine algorithms. This often happened at the expense of the sites the links were being placed on.

However, in 2005, the nofollow attribute was introduced to help reduce link building spam, allowing website owners to ask search engines not to count a link towards the site’s ranking.

The nofollow attribute allowed webmasters to indicate to search engines that they did not want their site to be associated with a link. Originally used to tackle blog comment spam, they have since started being used for a wider range of situations when a link hasn’t been earned.

When nofollow links are used

The Dofollow attribute is the opposite of the nofollow attribute and is used when the website owner does want the link to count towards the other site’s search rankings. It is used when a link is considered a pure referral, for example, a reference/source in an informational post or paper, or an editorial link in a blog.

Category:
To quote this article, just copy this link:
https://www.seobility.net/en/wiki/Nofollow_Links